by The Dowling Poole 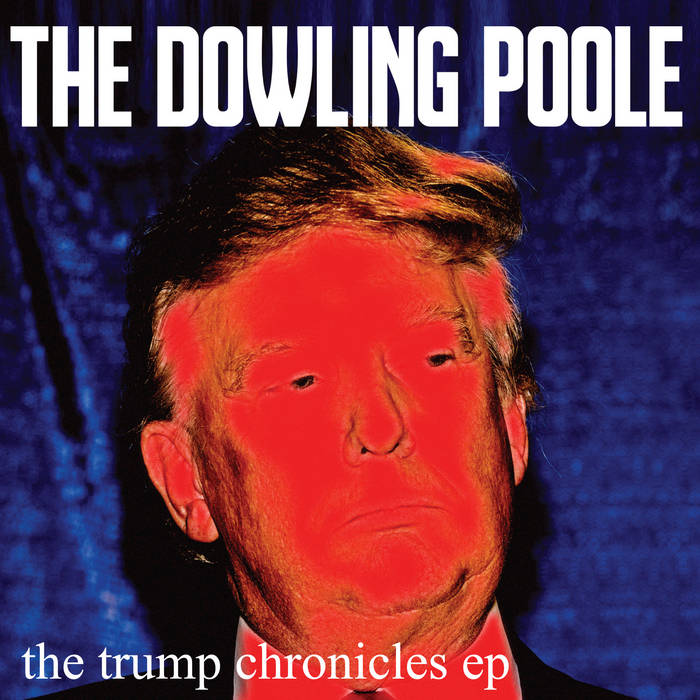 TJG This Yank thanks you

Stevie Simpson (One Bloke One Mandolin)

To mark a welcome end to an era The Dowling Poole are releasing a five track EP of downloadable tracks. As the title suggests, The Trump Chronicles are all songs on the subject of the idiot tyrant Donald Trump, that stretch from a time predating Trump’s initial run for President, right up until today. All five tracks for just £1.

A song about Trump’s underhand tactics and the bullying campaign he employed to force people from their homes that were on land he wanted for his golf course in Balmedie, Aberdeenshire in Scotland. The song was written after seeing Antony Baxter’s brilliant and revealing 2011 documentary, You’ve Been Trumped.

A song written shortly after Trump became president. Already demonstrating a sociopathic and authoritarian approach in all areas of policy, this song is about his ultimately failed attempt to build a wall between Mexico and the USA and his appalling treatment of immigrants generally, including separating children from their families and keeping them in cages.

A song about the ugly way British politicians cosied up to Trump during his early tenure, setting a pattern for Britain’s own dalliance with populist politics which continues to this day.

A song about how easily people are manipulated by being bombarded with distortions and lies from Trump and his powerful media enablers, in particular, Fox News. Between them, they opened a Pandora’s Box of problems that will affect the USA and the rest of the world for years to come.

A song that wishes for a permanent end to Trump and all the would-be Trump’s all over the world, hoping that their shallow populist lies and narcissistic authoritarianism will ultimately be their undoing.

We know some of your might have these songs already, but please share tracks and links with your American friends.

Bandcamp Daily  your guide to the world of Bandcamp